I am Obsessed With Monsters

I did something several days ago that I haven't done in 100 years: bought an actual compact disc from a music store! Well.. it wasn't exactly a "music" store (more like Best Buy) and it wasn't in the hard-to-open plastic case I remember from years past but it is definitely a CD with a nice cover and lyrics inside! I chose a good one too:

I gotta tell you, the more I hear this band, the more I love them. I started out not appreciating their single "Say Please", then listened to a 30 second clip of most songs on the album on iTunes, decided on three M. Ward-leading tunes to purchase and didn't think much about the rest of the album until I realized that I was listening to those three songs over and over again. I needed to hear more. I was really leery about going near anything that involved Conor Oberst too heavily, as I mentioned in a previous post about M.O.F., but I took my chances and came out loving EVERY single song on the entire record, including the Oberst tracks. There are really only two bands I recall despising in my life: R.E.M. and Bright Eyes (both of which I saw on the same day in concert for a charity event and only minorly acknowledged as 'okay') so to say I enjoy Conor Oberst on this record is a testament to the other members of the band that make him sound good and his own folksy sound that is not even close to being Bright Eyes-whiny on this collection of songs. Mr. Oberst actually sounds really good if I'm being honest here (he's almost 30, maybe he's finally out of his awkward period). "Temazcal" is a true standout. 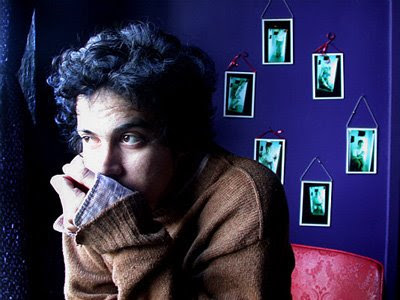 Otherwise, I still have little opinion on Jim James and I still love M. Ward so much that I'm starting to mention him too often in my posts. M. WARD. M. WARD. M. WARD. His voice is so captivating I want to hand out fliers with his picture on them at airports like a crazy Hare Krishna. When his voice sinks into my headphones I am lost in the world he creates. I told my boyfriend the other day that I would not be as happy of a person without M. Ward which is kind of an oxymoron when you consider that most of his songs are rather melancholy and I discovered him through a young man I don't speak to anymore that I loved quite dearly. Oh well. Sadder things have happened, right? Maybe all that is a part of why I connect so well with his music. I am smitten with M. Ward. I can only imagine being in a small bar somewhere in the middle of nowhere listening to Mr. Ward sing his peaceful songs with just a guitar and a beer. That might be my version of heaven.

So I got off topic but there are other songs I love on this album: "The Right Place" is absolutely one that has gotten the most plays since my purchase. While it still doesn't top my ultimate favorite "Whole Lotta Losin", it is such a Nashville-twangy, cheerful, uptempo song that it always makes me feel good.

And then there's the first track "Dear God". The track that confused me when I ripped off the plastic in the parking lot and thought I was in for a country album and heard R&B beats right off the bat. This almost six minute long song is DELICIOUS. If you've read more than ten posts on this site you might know I'm not a fan of songs longer than four minutes - they are always drawn out, I don't care what people say about "Free Bird" or "Stairway to Heaven". I don't even like John Mayer songs that go on for too long (ironically my two favorite songs of all time are both near the 8 minute mark but those are literally the only exceptions of that atrocious length - they are true epic sagas - and "Music Sounds Better With You" - that's a good one). "Dear God" is tacked on to that list now. It is sexy, sad, and insightful all at once and in equal doses.

I don't write music and I don't get the feeling of wishing I wrote something very often but these four musicians that compose Monsters of Folk are masters at their craft and I'm practically jealous of their talent. Of course I'm more grateful than anything. This album is perfection and I'm nearly convinced that they're all geniuses.