I found this on Youtube when looking through the Count Five videos. This cover is from a concert in Reno, Nevada in 1991. Stan Lynch, the original Heartbreakers drummer, does the vocals and it turns out he has a great voice.

I've always had a soft spot for Lynch and secretly believed he and Petty were like brothers which made it difficult for them to get along.

Stan Lynch is also an acclaimed producer and songwriter, working closely with many acts (Fleetwood Mac, The Eagles, Bob Dylan) and specifically with Don Henley on solo projects (aka most of his biggest hits).

This cover is really fun though and worth a few minutes.

Somebody to Love: Count Five

After watching a little of the documentary "Punk: Attitude", I couldn't stop thinking about The Count Five. The song "Psychotic Reaction" was replaying over and over in my head. In the film they consider it the beginning of the punk movement and while I don't necessarily hear that in the music, I can understand the feeling they speak of and I know their sound influenced a lot of bands in the past forty years. Of course, I don't know much about punk music so I'm not one to say but I do know good music when I hear it and this band is great - I wish I could've found better versions of the songs but I'm thankful to have these - it's not the easiest to come by on Youtube.

One user commented on the site that this band is better than The Beatles yet most people have never heard of them. I don't agree with such a strong statement but I can see how their first album has a lot more substance than The Beatles' early work. In my opinion. Take a listen for yourself.

Also, I don't know if this is true, but I hear they gained a reputation for wearing Count Dracula-style capes on stage. That is not just "punk", that is fabulous.

The band has been accepted into the San Jose Rock and Roll Hall of Fame, according to Wikipedia (what a source), and a couple of the surviving members created a new band in 2002 simply titled "The Count". I haven't heard any of their stuff but I'm willing to give it a try. This is some great music here.

Labels: Punk, Somebody to Love, The Count Five

Somebody to Love: Fitz & the Tantrums 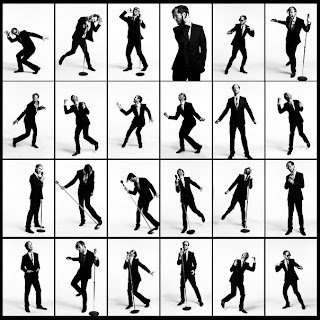 Fitz and the Tantrums (reminiscent in title to Andrew Bird's single "Fitz and Dizzy spells") is one of the most interesting bands I've found on iTunes in 2010.

The music, which is self-proclaimed "1960's inspired soul" and particularly influenced by "'67 AM radio, Motown, and early Hall and Oates records", is one of the most truthful "copies" I've heard of a specific sound. I don't know if it's because the sound they're trying to mimic is so specific that they literally did all their research and reached their goal but Fitz and his band are phenomenal. I cannot get enough.

It's hard to find much of a biography on them but according to Last.Fm, the lead singer is a Californian by way of France. He's 50% French, 50% Irish and 100% soulful (was that corny enough?).

If you like Mayer Hawthorne, this is like his big brother. You have to check out this sound. I put the videos below in order of my preference but choose any one of them and you'll love what you're hearing.

Labels: Fitz and the Tantrums, Mayer Hawthorne, Motown, Somebody to Love

I feel like I'm giving away secrets and money with this list. I LOVE LOVE LOVE these songs. Some of them may not ever again be in my ears after this month and some will be lifelong favorites, I can already tell.


Broken Bells - The Ghost Inside
Broken Bells - Vaporize
Fitz & The Tantrums - Don't Gotta Work it Out
Miike Snow - Cult Logic (my current favorite)
The Watson Twins - Modern Man
Rihanna - Rude Boy (seriously, it sounds sad to me)
The Script - Breakeven (I'm late on this. I didn't see it at first.)
Timbaland ft. Justin Timberlake - Carry Out (It's better after the first listen)
Cold War Kids - Audience
Whitney Houston - Million Dollar Bill
Metric - Gimme Sympathy
Passion Pit - Let Your Love Grow Tall
Eric Clapton - I've Got a Rock 'n Roll Heart
Jason Collett - Out of Time
Jay-Z - On to the Next One
Lady Gaga - Monster
Tommy Tucker - High Heel Sneakers
Eddy Arnold - The Last Word in Lonesome is Me
The Temptations - Treat Her Like a Lady
Spoon - Got Nuffin
Written by A.D. at 11:48 PM No comments:

***I Will Be Adding Photographs VERY soon***

I know my posts have been sporadic in the past couple months and I'd be surprised if anyone was reading anymore but I do have reasons.

Lately, with one of my closest friends in the hospital and a lot of people relying on me it has become another job. I work, go to school full time, and now spend three hours a day, four to five days a week at a head trauma rehabilitation center. There is no place I would rather be than with my friend who means the world to me but that added responsibility means less time for other friends and certainly less time to write about seeing Mayer Hawthorne or John Mayer in concert.

I missed the great opportunity to explain to my few readers the immense excitement I had to contain seeing John Mayer two nights in a row at Madison Square Garden and on the second night sitting next to the one and only Ms. Stacy London of What Not to Wear fame. I almost flipped out and managed to contain myself in the opposite direction so well that I didn't even say a single word to her. I left the oogling to my eyes alone.

I did my usual JM routine and on the night of the second performance waited over five hours in the MSG box office lobby for a front row seat and while I wasn't able to snag orchestra, I actually got the second best thing and sat stage left, third row (where the Stacy Sighting occurred).

Although I was certainly happy beyond all reason to get a seat that second night at the small fee of $90 (note the sarcasm), the first night's concert was far superior in terms of song selection and overall excitement from both audience and musicians. There's just something about that opening night at Madison Square Garden that must grab a musician in a different way than the second night.

Of course the second nighters did get a wonderful, acoustic rendition of the rare gem "Comfortable" that has become a fan favorite over the past few years and is scarcely added to a live set list.

"Assassin", which I had never heard live, was well worth the wait. This song is like nothing else in the John Mayer Songbook and the live performance was an absolute stand out, a near spectacle, and one of the only times that Mayer removed his guitar for a small portion of time to get some emotion going with the lyrical content.

Naturally - and I mean that literally - John Mayer has always had emotion and soul, that is one of his most formidable traits.

Beyond that, I should mention a few words about seeing Mr. Mayer Hawthorne at Webster Hall, a music venue I have absolutely despised since seeing The Felice Brothers there when I had an ulcer in my right eye.

Webster Hall may have a decent reputation but I don't know where it came from. The place is a piece of junk, in the least endearing way possible, and I don't know a trashy elephant this side of the Hudson River who would call the place a favorite. As someone who works at a music venue, I at least have an inkling about what it takes to maintain an atmosphere like that and the management at Webster Hall know little about it. I'm consistently disappointed with the arrogant staff and the unprofessional way patrons are treated if they God Forbid! step outside the lines.

Despite my dismay for the venue, Mayer Hawthorne put on a lively enough show and although I was surprised by his unusually excessive display of rap stylings during what I thought would be a '60's throwback show ala Raphael Saadiq, I really did fall in love with him as a person by the end. I had heard rumblings through music blogs and reviews of his album, A Strange Arrangement, that his singing didn't live up to his songwriting but I beg to differ. His singing was so strong that I figured it had to a product of him being on the road for the past few months. On the contrary, New York City was his first stop on a nationwide tour that is in full gear as we speak.

Mayer Hawthorne and his gorgeous, catchy sound is definitely one of the many, many reasons I'm beginning to believe that R&B/soul music is my favorite genre. I'm not quick to make a distinction like that but I am consistently drawn to contemporary musicians like Hawthorne, Saadiq, John Legend, Amy Winehouse, and a slew of others that harken back to that '60's sound of Motown with horns, drumbeats, and hand clapping all thrown into the mix. I love the hand clapping.

Tomorrow I'm seeing Julian Casablancas at what I would like to consider the opposite of Webster Hall, Sayreville, N.J.'s own Starland Ballroom, a venue I hold dear to my heart and the place I enjoyed Sharon Jones and the Dap Kings a few months ago (once again, the same type of soul sound that I'm in love with). Either tomorrow or Wednesday, I'm also planning a post about a new-ish band I found with a similar retro take on soul that through the kindness of iTunes I now enjoy on my iPod almost everyday.

So I guess that brings everything up to speed on the concert front.

To anyone wanting to hear what perfection sounds like, I'd like to bring your attention to a little website called www.americanmary.com, the official site of The National where they are generously giving out a song - "Bloodbuzz Ohio" - from their latest album "High Violet" being released in May.

Broken Bells and The National: Two Reasons to Live

The fact that I missed both of these important late night performances from two of my favorite artists is proof enough that something is wrong in my life. I have DVR, I'm not blind - there was no reason for me to miss this except that I'm completely out of the loop.

To my nonexistent readers, I am sorry. To myself, I am especially sorry. I could've been watching these nonstop on a flat screen television for the next year if I hadn't been so stupid.

To The National, I love you so much.