I am addicted to fashion blogs. I don't know what I would do on the internet without them. They save me from boredom at least ten times a day and I find them a breath of fresh air in comparison with the music blogs I tend to read frequently as well.

In my own life, things have been really boring lately. Nothing has been good, nothing has been bad.. just a collection of middle of the road occurences that don't add up to much in the long run. When times like these fall on my head I like to mix things up in whatever way I can and that's usually displayed in my appearance more than anything else. In times like these I spend way too much money at silly mall stores and beg people to go shopping with me that end up only frustrated by the day's end. I tend to go overboard on the fashion front sometimes but always within good measure.

Lately, I've been obsessed with Rihanna and Adam Lambert's style. My boyfriend tends to believe that these aren't the greatest fashion icons but their mix of modern glamour and old school, campy rock is so fun and detailed that I find myself trying to do a cheap rip-off any chance I get.

After the age of 16, I fell in love with harder edge clothing after becoming immensely bored with the flowery, pastel clothing of my youth. Purchasing clothes with my own money gave me another avenue to express myself and try different things - that's when I discovered those aforementioned silly mall stores: Aldo, Forever 21, Bakers, the Macy's shoe department, H&M, Urban Outfitters, etc. These stores gave me a chance to mimic the more offbeat styles that the magazines flaunted on every page and I haven't been able to stop since. This probably dates back much earlier than I'm admitting to: my first request from Santa Claus when I was 3 years old was a pair of red party shoes... I knew exactly how much sparkle there should be on the front and exactly what size the heel should be. There was nothing better than shoes and other than music - there still isn't.

Blending the two together is always the most fun. Here are some examples: 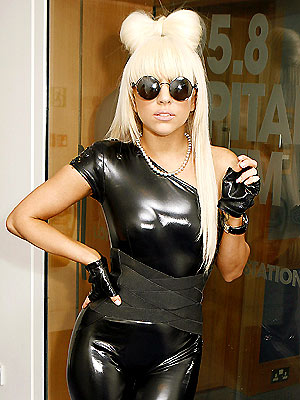